NCC has been started in Government Polytechnic College, Batala from March 2021. Students has shown enthusiastic interest and have actively participated in NCC. The National Cadet Corps is the Indian military cadet corps with its head Quarters at New Delhi. It is open to college students on voluntary basis. The National Cadet Corps in India is a voluntary organization which recruits cadets from high schools, colleges and Universities all over India. The Cadets are given basic military training in small arms and parades. The officers and cadets have no liability for active military service once they complete their course but are given preference over normal candidates during selections based on the achievements in the corps. NCC not only provide you an opportunity to develop character, discipline, leadership, secular outlook, spirit of adventure and ideals of selfless service amongst the youth of the country, but also NCC provide a student Cadet, a suitable environment to take up a career in the ARMED FORCES.

"I do hereby solemnly promise that I will serve my motherland most truly and loyally and that, I will abide by the rules and regulations of the National Cadet Corps. Further, under the command and control of my commanding officer I will participate in every camp most sincerely and wholeheartedly."

"We, the cadets of the national cadet corps, do solemnly pledge that we shall always uphold the unity of India. We resolve to be disciplined and responsible citizens of our nation. We shall undertake positive community service in the spirit of selflessness and concern for our fellow beings." 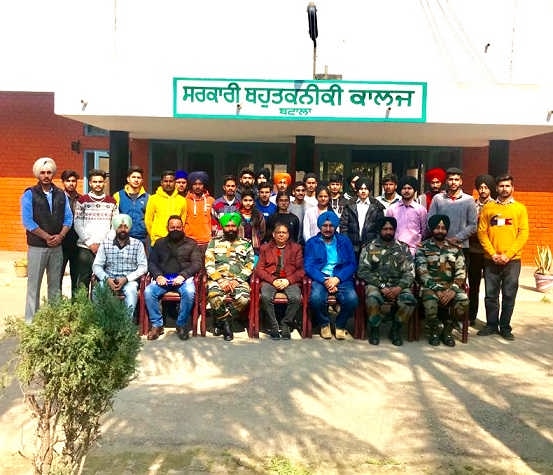 Vacancies are Reserved For NCC Cadets in Armed Forces